Many suspect that the man responsible for the shooting in a Wisconsin Sikh Temple in the US had mistaken them for Muslims.

6 people, including both the Temple’s President and Priest, have died after being shot by Wade Michael Page, who launched an attack on the Sikh place of worship on Sunday morning.

Though the gunman’s intention has not been confirmed, the former member of the Armed Services has been related to racist groups.

This tragedy is somewhat reminiscent of the 1984 riots in India. Tens of thousands of Sikhs were killed in retaliation to the assassination of Indira Gandhi, who was murdered by one of her Sikh guards.

Since 9/11, Sikhs in the US and UK have reported a sharp rise in violent attacks against them.

As many Muslims and Sikhs wear turbans, those who are unfamiliar with the Religions often confuse them with one another.

Of course, whether the gunman had meant to do the same to Muslims in a Mosque, the act would be equally as outrageous.

The Sikh turban was born out of defiance, during a time in which only the ruling Muslim majority were allowed to wear them.

Guru Gobind Singh Ji had ordered all Sikhs to wear turbans as a sign of their moral standards. In the Religion that is strongly based on teachings of equality, the turban also served to dispel the belief that turbans were only for the upper classes. 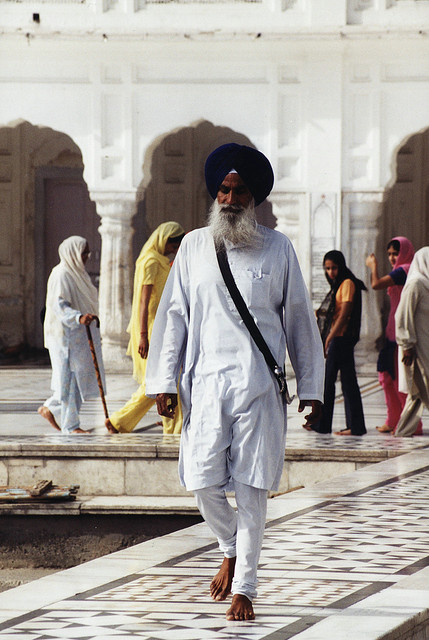 If you think about it, on TV, there is hardly ever a mention of different Religions, or Religion at all, unless they are being blamed for something. And in the public arena, it has become so sensitive, that people are scared of talking about it.

As President Obama reminded the US, though it may have been a little late, the Sikhs have done a lot for the nation.

Broadcasters and publishers need to make religious people more visible in positive contexts. And religious leaders need to be more active in sharing the true meanings of their Faiths.

Ultimately we need to strive towards building an atmosphere in which all people, religious or not, can share and learn from each other.

Just over 2 weeks ago, similar images flashed across our screens as 12 lives were claimed by the “Batman shooting” in Colorado.

But US Politicians, who currently seem to be overlooking the issue of gun control in the fore-run to the elections, may no longer be able to ignore it after Sunday’s violence.

The entire content of this blog, including photos, videos, audio and text are under the following license: